This article was first published at Coincentral.com.

Hexx or Hexxcoin (HXX) is a privacy coin with a checkered past, having forked and died more than once. Now under the control of a new development team, Hexxcoin is back from the dead once more. The current team is hoping Hexxcoin can establish its place among the growing list of privacy coins on the market today, along with some other benefits than just privacy.This guide will cover:

Hexxcoin is a privacy coin which uses the Zerocoin protocol, similar to ZCoin. The Zerocoin protocol allows users total anonymity in sending and receiving payments, unlike say Bitcoin, where every transaction is traceable to a wallet address.

Just like ZCoin, you spend your Hexxcoins by destroying them and replacing them with newly minted Zerocoins. This means that when you come to spend them, they convert back to Hexxcoin with no transaction history attached. This significantly increases the level of anonymity in using Hexxcoin compared with other cryptocurrencies.

Zerocoin protocol uses the RSA-2048 encryption as its parameters. The RSA encryption standard multiplies large prime numbers to reach an even bigger number that is difficult to factorize, i.e., to work out which numbers were multiplied together to form the product. The RSA-2048 factoring challenge has existed unsolved since 1991. While it is possible that quantum computing may at some point solve the challenge, currently the Zerocoin protocol remains secure.

While other privacy coins exist, both Hexx and ZCoin point to the Zerocoin protocol as being the most secure. ZCash is another privacy coin that also uses zero-knowledge proofs. However, the ZCash protocol uses parameters defined by the developer community, which Hexxcoin points out means it’s susceptible to misuse by bad actors.

Monero is another competitor, which uses ring signatures, or phony transactions, as a decoy that masks the real transactions as a way of protecting privacy. Hexxcoin maintains that the Zerocoin protocol is superior as ring signatures place undue load on the network.

Hexxcoins main USP compared to other privacy coins is its role as a forking coin. Other cryptocurrencies can fork with Hexx to take advantage of the Zerocoin privacy protocol and incorporate it into their networks.

Hexxcoin is currently undergoing a fork with Bitcoin, to form a new coin called BitcoinZero which will have features of both Bitcoin and Hexx. As the Hexx team are calling it: “Bitcoin on privacy steroids.”

Hexxcoin plans a further fork with Litecoin later this year. The Hexx white paper alludes to the fact that other coins could benefit from the Zerocoin privacy protocol.

Some members of the team behind Hexxcoin have not made themselves publicly known. Perhaps this is unsurprising for a coin so focused on privacy. Although some of the team is featured on the website and is reasonably identifiable, the lead developer is known only as James, alias Dev007, and his/her identity is otherwise unknown.

It appears that in June, one or more members of the development team (who were also anonymous) were accused of making off with part of the community fund. Screenshots of messages between the developer team were posted online, amid speculation over whether this was an exit scam or just someone trying to sabotage the project through FUD. It didn’t really help that members of the developer community chose to remain anonymous, although things appear to have been calmer since then.

At one point, the Zerocoin protocol was also subject to a bug. When a Zerocoin transaction takes place, it generates a unique serial number which must be verified as unique by the network for the transaction to go through. A coding issue had led to one attacker using the same serial number for multiple transactions, thus allowing them to spend more Zerocoins than had been minted. The Hexxcoin team tweeted that there was no effect on Hexxcoin as a result of this bug.

#Hexx Team has inspected blockchain for ZeroCoin integrity and proudly report there have been no successful exploits of $HXX. Starting on block 267625, users will be able to make use of ZeroCoin Protocol to Anonymously spend HexxCoin. Also #Hexxchange will be supporting the fork.

Despite all these issues, the planned Hexxcoin fork looks set to go ahead which will make Hexxcoin investors happy.

Hexxcoin is ASIC-resistant to avoid centralized mining rigs taking over the network, and mining doesn’t even require a GPU. Therefore, anyone can mine Hexx coins using only a CPU.

The network also features master nodes, called Xnodes. Xnode operators have to stake 2000 Hexxcoins as proof that they are committed to the future of the network. However, Xnode holders will earn passive income in daily rewards. The amount depends on how many Xnodes participate in the network.

Hexxcoin currently has a small circulation of around 1.7m coins, out of a total supply of 9,999,999. The team believes that a low circulation will help to create a stable market value.

Each block has a 2.5 minute transaction time with a block reward of 2 Hexx. Miners take 0.7 coins, Xnods take 0.7 and the rest goes into a community fund. The fund pays towards development, exchange listings, and marketing efforts. The community votes on expenditures made from the fund.

Hexxcoin started life in 2015 as a fork from another coin called Crave. The original developer had abandoned the project soon afterward, and it was taken up by a second developer a couple of years later.

The developments in Hexxcoins history are evident when you look at the trading history graph. Note the blip in 2017 when the second developer took over.

The future value of Hexxcoin will most likely fluctuate according to its forking activities.There may be investment potential in buying Hexx coins before a fork taking place, as those holding Hexxcoin will receive the newly forked coins. Therefore, it is worth watching the price around the time that Hexxcoin announces a new fork will happen.

Of course, it is also possible that investors may sell after a fork has happened, which will drive the price down. The Hexx white paper acknowledges this but stresses that future forks will help to keep the price stable.

The Hexx white paper also states that due to the convoluted history of the Hexx coin, tens of thousands of the coins currently in circulation are “permanently inactive and probably forever lost.” It’s true that the Hexxcoin rich list shows some wallet addresses that have not been accessed in more than a year.

It’s also true there is currently a huge price differential in Hexx coin compared to this time last year which provides a big incentive for these wallet holders to sell. However, if the holder(s) of those wallets suddenly decided to dump all their Hexxcoins, it could seriously impact the price.

Where to Buy and How to Keep It

You can buy Hexxcoin on the following exchanges:

Many of these are quite obscure exchanges, however, Hexxcoin says more are coming soon.

Regarding storage, there is little choice. Hexx is on the beta version of its online wallet/exchange called Hexxchange. It allows the storage and exchange of coins forked from Hexxcoin. It is a browser-based wallet that is also compatible with the TOR browser, as you would expect from a coin with such a heavy focus on privacy. The lack of cold storage options may put off some users. If privacy is your primary concern when transacting crypto, then Hexx certainly takes it seriously. However, the project is not without its controversies. It is likely that the success of the pending fork to form BitcoinZero will determine the success of the overall Hexxcoin relaunch. If BitcoinZero proves successful, it will make Hexxcoin a more attractive forking partner for the developers of other cryptocurrencies. 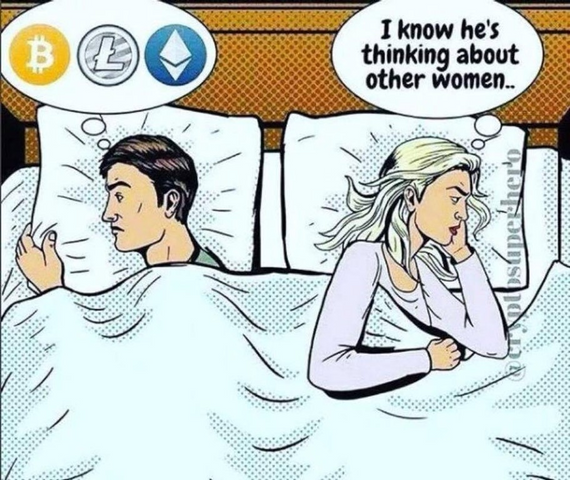